The battalion camp at Hill 95 was one of several large Australian camps in the area. The landscape was barren and apart from some orange groves, resembled a large un ploughed field. There were some modern roads and highways, but transport took place mainly through camel trains that littered the area. 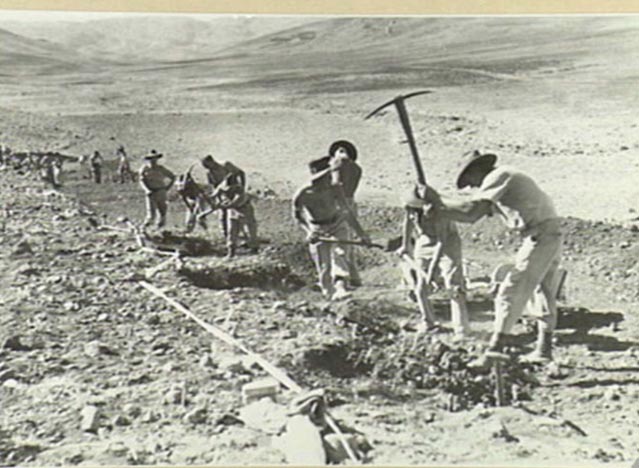 The men slept in camouflaged huts that had narrow trenches out the front they could climb into to protect against air attack. The men slept on the ground in their huts and all meals were taken in the open air. The only luxuries for the men was a shower hut and a picture theater that was less than a mile away from camp.

Temporary loss of fitness from the long sea journey was quickly overcome as the men under took long marches through neighboring Arab towns, and the troops were able to witness the everyday life of its inhabitants.

Leave from camp was taken on the weekends, with ten men sent at a time to Tel Aviv and Jerusalem, the latter proving extremely popular amongst the men for its historic and religious significance. Leave also gave the men the opportunity to enjoy the captivating scenery of the sandy Mediterranean beaches and its turquoise blue waters.

After less than a month fortifying their position, news came that the battalion were being called into action, to attack the Vichy French as part of the Exporter force. After four or five days of preparation A & B companies were given orders to move forward with C & D companies acting as reinforcements in the coming days.

Eric’s and ‘D’ company moved in on the 10th of June to Banias to act as security to protect the newly captured area. The next day they received orders to proceed to the Merdjayuon region to repair road and bridge damage so other battalions could move forward. It was here that D company came under enemy fire for the first time, luckily not suffering any casualties. On June 14th D company moved up to Jermie to again fix roads and bridges that had just been captured.

The company received orders to move to Litani bridge on June 15th. Once there they completed patrols and established listening posts and awaited further orders. Until this point the enemy had mainly been concentrated at nearby Merdjayoun Fort, and now the Pioneers had been ordered to take the fort. Initial attacks from A & B companies proved unsuccessful. The day after this initial attack Eric’s company, D company sent patrols through the area and searched for and collected the wounded. After reorganization of all companies, the Fort was eventually taken on June 22. C & D companies entered the fort to find the enemy had fled the night before. This was due to other Australian units flanking the fort and nearby town. D company did receive some light enemy shelling later in the day but luckily received no casualties.

The men rested for a day then received orders to attack enemy positions on the 27th of June. The objective was to capture a nearby ridge. This would remove the threat to several routes being used by the AIF through the region. The men began to climb up the ridge to their objective at 4:00am and found the going tougher than expected, but by first light the company had reached its initial objective with only minor casualties. Moving forward from here though proved tough, with the enemy in much closer proximity, with grenades being the weapon of choice throughout the rocks and boulders. By the next day D company had suffered heavily with 25 men killed. They were replaced by A company and received reinforcements from the Pioneer training Battalion. D company did still receive heavy artillery fire in their defensive positions and lost a further 3 men until they were fully relieved on July 2nd by an English Battalion.

The men had two days of rest and rehabilitation before being called upon again to relieve the 2/16 battalion on July 7th,  and assist on the attack on Damour. Damour was important because it covered and protected the principal city and port of Syria. After only a few days Damour was taken, with the battalions eyes firmly set on taking the capital Beyrouth, but before they could a cease fired was ordered by the Vichy French which saved the beautiful city from destruction.

The short but bitterly contested conflict only lasted 5 weeks, but the battalion had acquitted themselves well in many actions of the campaign and had earned their first battle honors. The campaign was victorious at a cost though, with 73 men killed and 102 men wounded, while a number of men were evacuated sick.

The battalion rested for a few days at Damour before moving to Tripoli to begin the occupation of Syria. Men who had been taken prisoner during the campaign returned to the battalion and told their stories. D company were moved to the fort at Tel Kelar, 15 miles from Tripoli to act as security, while other companies performed guard duties on the region’s petrol reserves.

The following months the men performed training manoeuvres, and maintained their fitness, while also preparing for an anticipated German thrust trough the Suez Canal. Defense lines were set up and patrols were undertaken by the battalion to sure up defense lines in the region. During this period leave parties to Beyrouth and Damascus were introduced to provide relief from the boredom of garrison duties.

On September 24th orders were received for the Battalion to hand over garrison duties to the Free French forces and to commence work on roads around the Tripoli region. They stayed there for a month before moving to Dimas and again worked on repairing roads and bridges. The men worked 7 days a week with only one-half day a week off.

A few months later the men enjoyed a traditional Christmas, with snow on the mountain tops in the area. The men-built snowmen and enjoyed snow ball fights. Parcels from back home were a special treat for the men. In January ‘D’ company competed in the 16th Infantry sports day, losing by only five points to the 2/2nd Infantry Battalion. After nine months the battalion was ordered to return their tents and stores and prepare to be shipped out of the area. This was on done on Jan 30th 1942 when the men were trained to the Suez, before boarding the HMT Orcades, for an undisclosed location.

Excerpts from this page were taken from the book “The Story of the 2/2nd Pioneer Battalion” by E.F. Aitken. 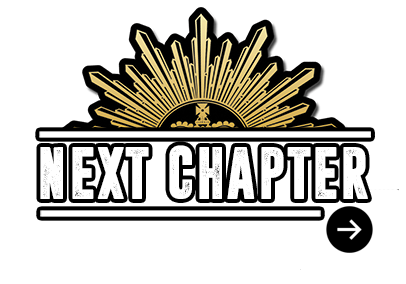